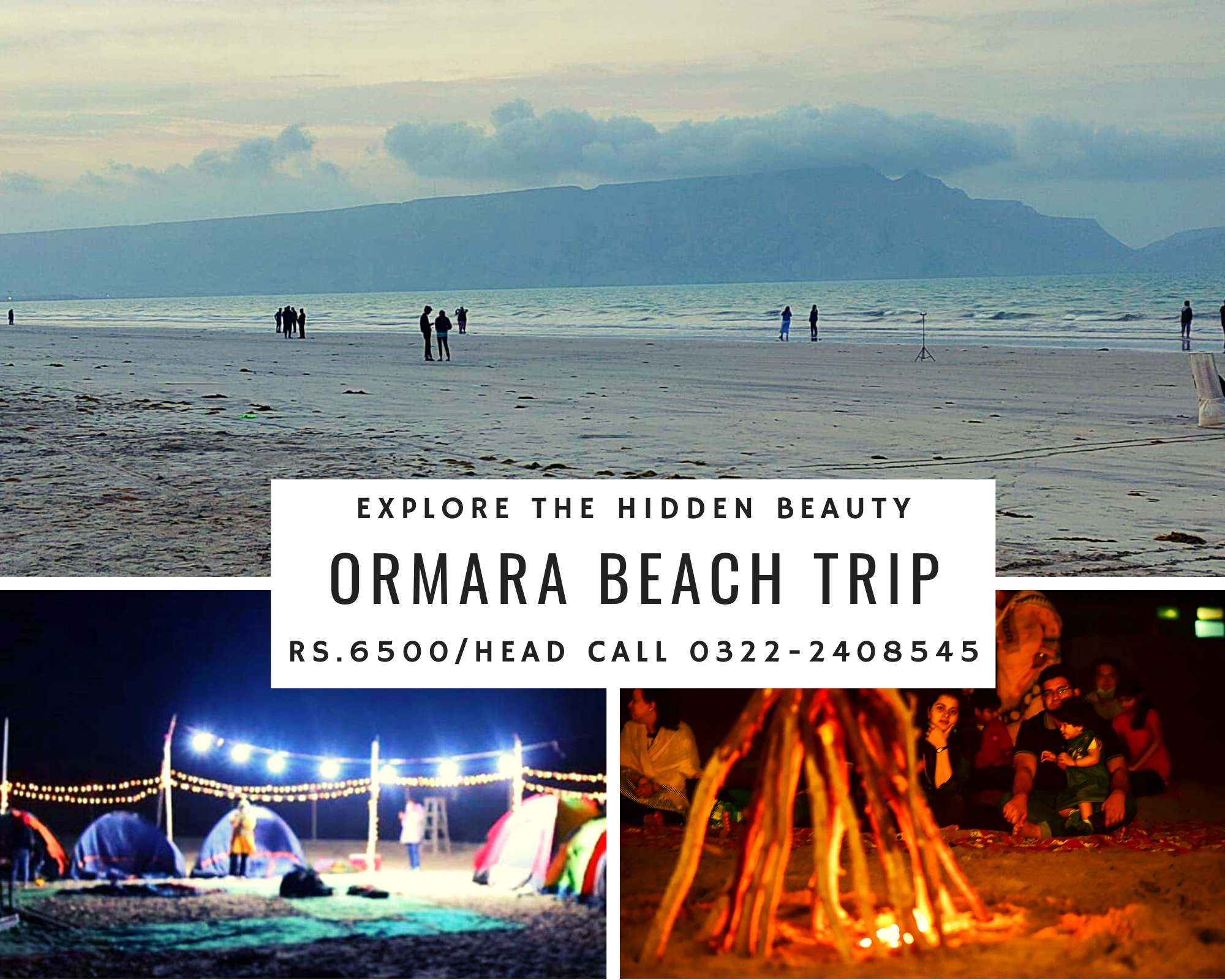 Balochistan has always been standing out because of the incredible and breathtaking beaches. This descriptive travelogue about Ormara Beach welcomes you to dive in the warm pool of Ormara’s captive waters. Fasten your seat belts with us for a magically sublime road trip to Ormara Beach with multiple adventurous activities.

To reach Ormara beach, the safest and nearest city to approach is Karachi from where Ormara lies only 343 kilometers away. If the riders are set from Karachi, most straight road to emboard on is Makran Highway. Forgetting the boredom, travelers seem to be thrilled by the cosmic constellation of Parks and other resorts settled on the passage towards Ormara Beach. most specific are nationally acknowledged Kund Malir and Hingol National Park. Other concered places would be Princess of Hope.

Tired of the robotic life? We will help you change your atmosphere.  Most suitable to your weekends, embark on a journey towards breath-taking beach, viewing the golden sunset and day ending with a starry bonfire along the shore of beach. A stairway to the heavenly beach where sleeping with the sounds crashing waves of sea across the shore will be the best ecstasy. Tourists often call it a day while sky-gazing the clearest skies soothing the willing eyes and witnessing constellations through and through,

Turtle’s Sweet Home/ In the company of Green Turtles:

With the crystal clear sight penetrating across the beach waters, Green little turtles will be swimming close. Home to the unique species of Turtles, Ormara beach is appreciated for preservation of organic attraction to wild-life. Commonly spotted species of Turtles is the unique Olive Ridley and Hawksbill sea turtle. Observed from the other side of the picture, Turtles captured for the exportation purpose extracts out the life from the Beauty beach.

Ormara remains highlighted in its charm because of its classical reverberance to Alexander The Great who stayed at the very portal city, Ormara after his acknowledged victory upon quarter of the sub-continent. The postal city Ormara is named after the death of Alexander’s soldier Ormoz. There has been extraction and immense scarcity of tourism, construction and commercial approaches on this very beach lately. Though after the development and improvement of Makran Coastal Highway, Ormara beach and resort are viewed from cryptic lens of Tourism, The very city imposes a persona of Individualism and adherence to Traditional customs and manners. The most considerable occupation and business for people of Ormara is Fishing and its trade.

Tiredom of whole Tour day will end with fabulous arrangement of Bonfire surrounded by bitter-sweet west breeze. Around the dazzling flames of Bonfire, settle cozily and enjoy the warm bonfire while singing your heart out. Spend an amazing night with a fancy vibe and moonlit setting.

Where there is a great sight, there is BBQ. Expected are the snacks and BBQ which are skillfully and freshly prepared at the spot for the sake of pleasant and pretty late-night appetite. Quit cold turkey with a crispy at the same time tender BBQ chicken mid-night serving.

Many have the dream to lie down under the vast sky and densely feel the keyed-up frame of stars duskily subdued to one’s view. Despite of the unclear air pollution of urban areas with the city’s air pollution where there is no probability of skygazing, sea sides offer you a mirror reflection of cosmic stars.